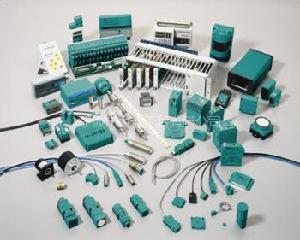 Decline in BB value In September 2013, the BB value of semiconductor equipment manufacturers in North America was 0.97, which was less than 1 for two consecutive months. Equipment manufacturers believe that the market began to enter the inventory and capacity adjustment stage in the second half of the year. At the same time, Japan's semi-conductive BB value has stabilized and its September value is 1.25. The North American and Japanese BB values â€‹â€‹show a declining trend. The expansion trend of the business in the first half of the year began to slow down. It is expected that the company will once again enter the capacity-removing and destocking situation in the future. In the short term, the industry will experience some degree of decline.

The quarterly decline in performance growth from the three quarterly results to see the entire electronic sector as a whole growth of 33.32%, and showed a quarterly downward trend. And mainly due to BOEâ€™s weight and growth contribution, the growth rate of most sub-sectors and companies is not high from the perspective of fine-molecule industry. From the current valuation point of view generally higher, and far higher than the growth rate of performance. From the perspective of PEG, it is difficult to effectively relieve the pressure of valuation growth.

The market remains weak From the perspective of market trends, after the sharp increase in the previous period, the pressure on the valuation of electronic components sector has become increasingly apparent, and the overall trend of the sector relative to the market has also been adjusted, which is in line with our previous strategy proposed that the future will be weaker than the big City's expectations. As the growth rate of the industry is still relatively low, it is determined that it is difficult for performance growth to effectively relieve the pressure on valuation. The adjustment of future valuation will be more dependent on market adjustment.

Patience in Looking for Opportunities for the Next Year In the context of economic restructuring, the electronics industry has greater potential than traditional industries and should enjoy a certain premium in valuation, but the current valuation level remains high. After a sharp increase in the first half of the year, adjustments in the latter part of the year are also normal. At the same time, the adjustment will be more conducive to the long-term trend of the industry sector. In the following period of 2013, we need to patiently look for varieties with valuation advantages and market potential next year, such as the above-mentioned upgrade of smart terminals and peripheral accessories.

Some features as below: