Electronic enthusiasts : Have you ever expected: One day you can lie on the sofa comfortably, just use your finger to touch the image projected by the TV, you can easily operate the smart TV or online shopping; walking on the road, the phone rang, directly Looking at the image projected in front, you can use the touch screen phone without looking down ...

With "Air Touch" technology, none of this is a dream.

Air Touch is a new technology developed by the Institute of Industrial Technology. By using this technology, after wearing Air Touch smart glasses, you can interact with the virtual image in front of you just by moving your finger or waving your hand . The technology uses the depth camera to detect the distance between the finger and the image, so it can accurately achieve the ability to touch the air, which can add more humanized operation functions and a more perfect user experience for smart TVs and smart glasses.

Many people may be wondering: What is the difference between volley touch and general gesture control?

Different from general gesture control, users can see a virtual screen of about 10 inches in front of their eyes at 40 cm in front of their eyes through the "Air Touch" technology, and touch the virtual screen in the air with their fingers. The sensor on the display is The spatial position of the finger can be detected, so that direct touch interaction with the image seen can create an experience different from the touch of the physical panel. It can be said that the volley touch brings a brand-new human-computer interaction interface. 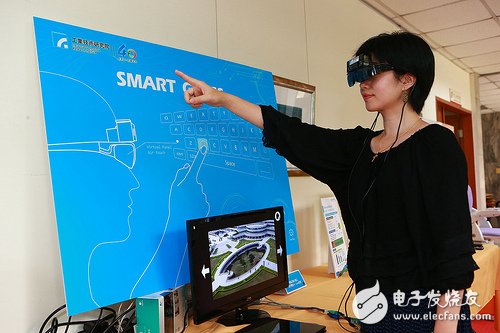 According to the latest news, ITRI has developed the first transparent head-mounted i-Air Touch (iAT) smart glasses that allows users to interact with virtual images at will by touch. The same gestures can be used on the screen, such as waving the page, zooming in and out with two fingers, and tapping on the virtual keyboard to select input, etc., and it is only visible to people wearing this smart glasses. Because the glasses are transparent, the user can still walk, navigate, and interact with people and things around him freely after wearing them. Allegedly, in combination with the camera installed on the glasses, i-Air Touch can track the user's gestures, so that it can interact with the virtual display through touch, which is technically superior to Google Glass. 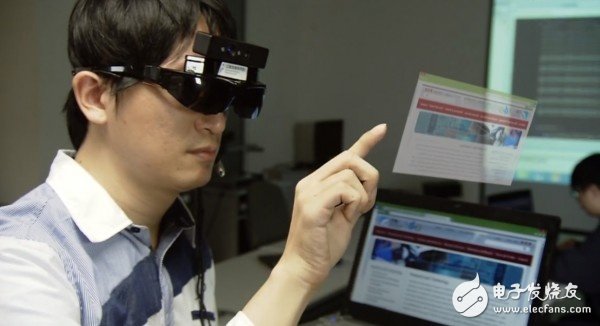 According to the data, so far, the current volley touch technology can perform single-finger touch, and the touch sensitivity is about ten touch points per second; the latest i-Air Touch technology can realize the two-finger zoom function. i-Air Touch can be used in computers, notebooks, and various mobile devices and wearable devices. To a certain extent, the author believes that it is just a technology that needs to be combined with other devices to carry out floating operations, so that users It is liberated from the real device to bring users a more humane and safer human-computer interaction experience.

The volley touch technology has obvious advantages in a good human-computer interaction experience, but how to solve the large module size, expand the detection range, can be used without connecting other devices, and comply with smart products (such as smart TVs, smart glasses and other mobile devices ) The actual application requirements and the integration of other wearable systems and other core issues are still the key to future development.

â€”â€”This article is selected from the â€œSpecial Focus Columnâ€ of the â€œFocus on Touch Technologyâ€ published by Electronic Audiophile.com in October. Please indicate the source for reprinting.

The Din-Rail Terminal Block is used to facilitate the connection of wires. In fact, it is a piece of metal sheet sealed in insulating plastic. There are holes at both ends to insert wires and screws to fasten or loosen them. For example, two wires sometimes need to be connected and sometimes need to be disconnected. This can be connected with terminals and can be disconnected at any time without them It's very convenient and fast to weld or wind together. And it is suitable for a large number of wire interconnection. In the power industry, there are special Terminal Blocks, terminal boxes, all of which are terminal blocks, single-layer, double-layer, current, voltage, common, breakable, etc. A certain crimping area is to ensure reliable contact and enough current.